“Bringing family together and meeting expectations”. These are the reasons why one in five Europeans take on additional debt at Christmas, according to Intrum’s annual consumer report conducted in 24 European countries. Although households with families are more likely to take on debt to pay for food and presents than the average consumer, the age group being most likely to do so is Generation Z (age 18-21).

“While one in three consumers feel that their financial wellbeing has deteriorated post-Covid, many also feel the urge to take on substantial levels of debt to celebrate the upcoming holidays together with their nearest and dearest. We know that Christmas is a time when many people feel pressured by expectations and spending, and this year we see that this is the case more than ever before – especially among young adults,” says Anna Fall, Chief Brand & Communications Officer at Intrum, Europe’s leading Credit Services Management company.

However, young adults are most prone to getting into more debt to meet the expectations of buying Christmas presents – despite their limited capacity to borrow. Among Generation Z consumers, (age 18-21), 27 per cent say that they expect to be in more debt than ever before at the end of 2021, compared to only 7 per cent of their grandparents’ generation (age 65+).

“Many consumers feel the additional stress of an expensive festive season. With many people taking on additional debt, we know from experience that some will struggle to repay what they owe and therefore risk falling into financial difficulty. Our advice to such consumers is to contact their creditor as soon as possible to find a solution together,” Fall concludes. 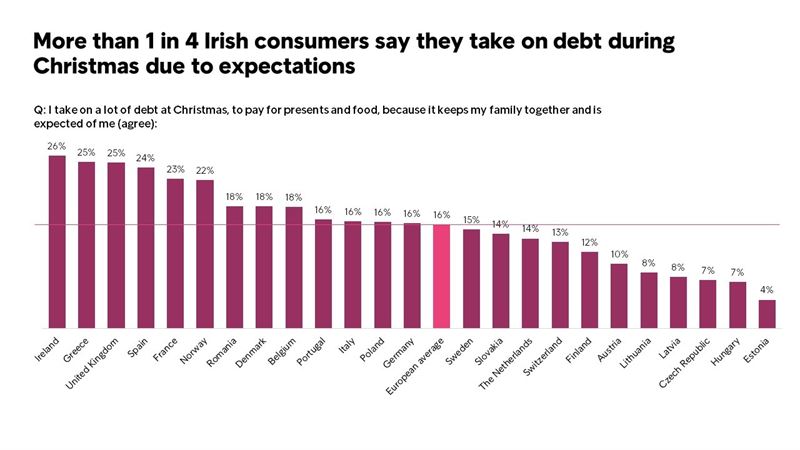 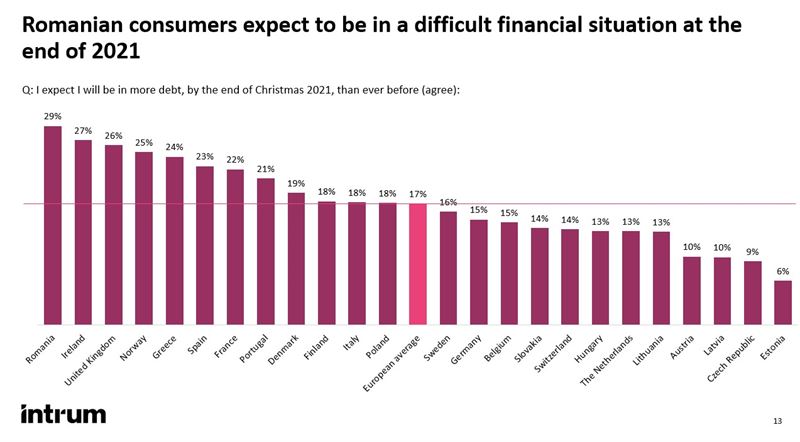 About The European Consumer Payment Report 2021
The European Consumer Payment Report 2021 is an instrument for gaining insights into European consumers’ everyday lives, their spending, and ability to manage their household finances on a monthly basis. The report is based on an external survey conducted by market research provider Longitude in 24 Europeans countries. A total of 24,012 consumers participated in the 2021 survey, which was conducted between 21st  July and 26th August, 2021.